Writing with accessibility in mind allows your posts to be successful, as they will be clear, understandable, and most importantly, inclusive for people with disabilities.

In my previous article on community management, I mentioned that over 3.6 billion people across the world were using social media. Over 1 billion people globally live with some form of disability and this number is increasing.

If you are a business on social media, you are likely trying to achieve high levels of reach, engagement and following. By not considering accessibility, you will reduce the number of users who can even engage with your content.

A few months ago, Claire Scaramanga, our Client Services Director, wrote an article on creating accessible content so do give that a read as well. 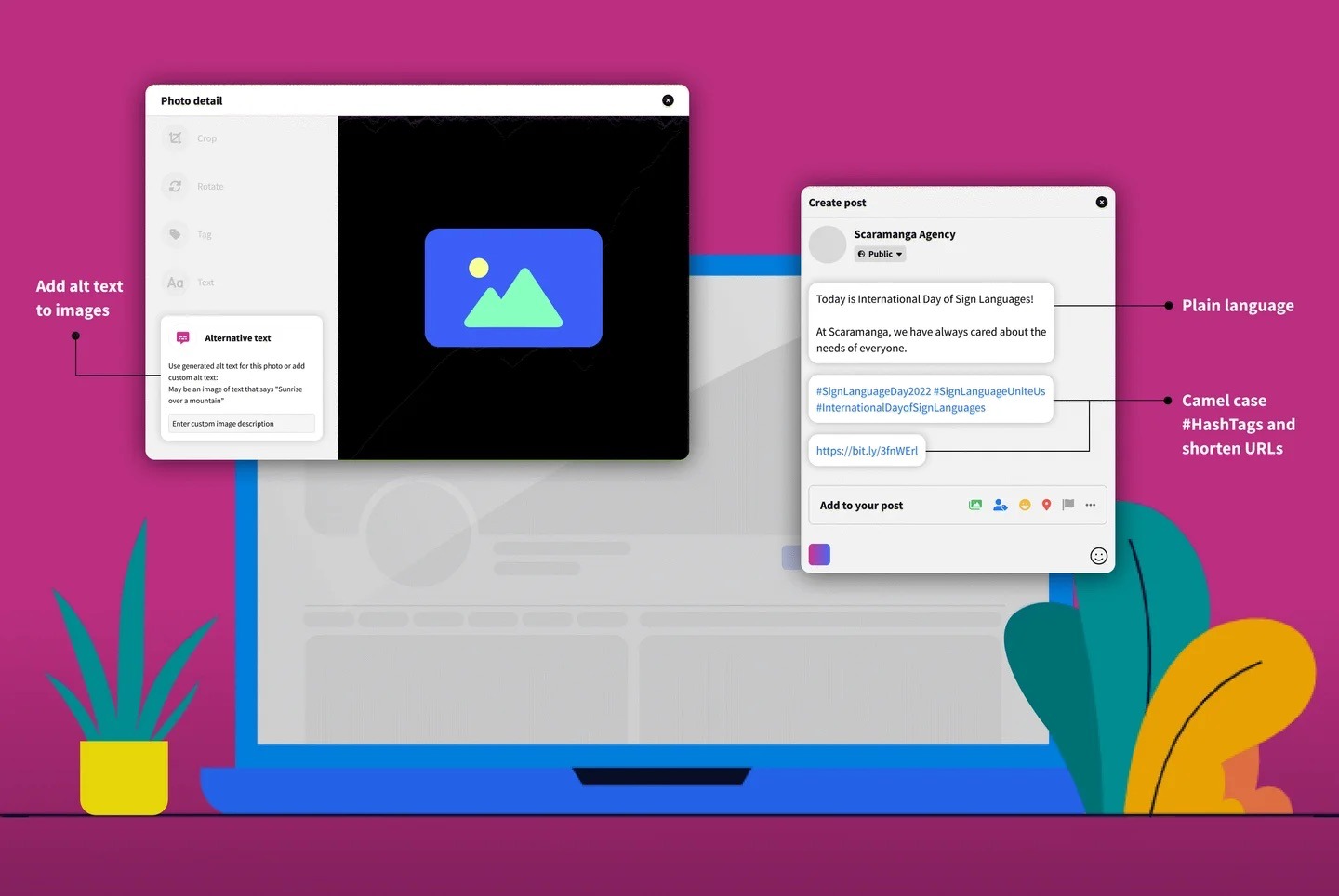 Writing with accessibility in mind allows your posts to be successful, as they will be clear, understandable, and most importantly, inclusive for people with disabilities.

Here are some tips that we use to ensure text remains accessible:

With over 10 billion emojis sent each day, it’s clear that many love them. But it’s important to understand the accessibility implications when we use emojis.

Are they accessible? No.

When a screen reader reads an emoji, it reads the emoji’s Unicode string, a type of alt text. However, the technology for each screen reader can be different, so the result may vary.

Here are some of the best practices to follow regarding emojis: 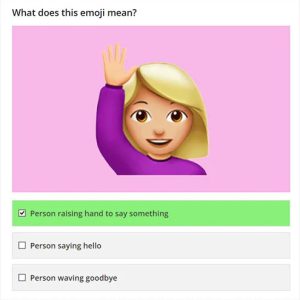 Namita Bhandare (Twitter: @namitabhandare) highlights a major issue – when you use emojis to replace the usage of words. you cannot be sure that users will interpret the emoji as you intended.

Namita asks “What does that teary emoji represent anyway? Are those tears of joy, laughter, or frustration? Those two palms joined together: Prayer? High five? Plea?”

Namita Bhandare highlights a major issue – when you use emojis to replace the usage of words, you cannot be sure that users will interpret the emoji as you intended.

As someone born in Gen Z and a Social Media Manager, I would consider my emoji understanding to be near perfect. However, I scored 11 out of 15 in an online emoji quiz! Granted, the quiz featured some options that without context, you could argue the emoji fits into all the options provided.

Hashtags help indicate the theme of your post and is a label for social. Using the hashtag symbol before a relevant keyword on social media sites will categorise that post and make it searchable.

It’s not uncommon, however, to see a company plaster hashtags all over its post, which makes it not only ugly but also not accessible.

Here’s an example of where using camel case changes the way a screen reader interprets a word.